The year of 2022 is a decisive year for gathering Hong Kong diasporas together. It is not only about the diasporas in the Anglosphere (the UK, the US, Canada, Australia and New Zealand), but also those living in European countries. As a Hongkonger living in Estonia, a Baltic-Nordic country consisting of only 1.3 million inhabitants, finding other Hongkongers living in the rest of other 26 EU member states has been a challenging task because Estonians are the minorities within the European Union.

Almost five years ago, I moved to Estonia to pursue a Master’s degree in EU-Russia studies in Tartu University, Estonia’s national university founded by the Swedish King Gustav II Adolf in 1632. Back then, my goals were crystal clear: getting myself fully integrated with Estonian society, mastering Estonian and Russian languages, as well as paving the way to become a civil servant in the EU institutions.

My goals have changed since the 2019 Hong Kong crisis. As the situation in Hong Kong has changed drastically in recent years, I have come to realisation that we all need to build a stronger Hong Kong diaspora community in Europe. We need to maintain Hong Kong’s democratic memories and resilience against intimidations from Chinese nationalists living in Europe and all forms of Chinese attempts to silence Hongkongers living in Europe. I have been fortunate enough to be nurtured by a Baltic country like Estonia to build resilience to defend my cultural roots by learning from the Estonians.

(My Fatherland, My Happiness and Joy)

The Estonian language constitutes a crucial part in maintaining Estonians’ national feelings from the Russian imperial rules to the illegal Soviet occupation. For Hongkongers, the question of mother tongue has always been an existential question; for Estonians, their language is the boundary between Estonian identity and their former conquerors.

Estonians’ patriotism is beyond a reference for Hongkongers from home to abroad to defend themselves from being assimilated into the authoritarian regime. Emakeelepäev (Mother Tongue Day in Estonian), is a day not only to commemorate the Estonian language, but also to celebrate the birthday of Estonian poet Kristjan Jaak Peterson. In the early 1800s, when lectures in Estonia’s national university Tartu University were only given in German, Peterson was the first student who contributed to the national awakening of Estonia for their mother language.

In Hong Kong, while Cantonese is still allowed to be spoken, it is important for Hongkongers to acknowledge the importance of Cantonese to project Hong Kong’s values without engaging in any direct political debates to risk getting arrested or jailed. For example, LIHKG, Hongkongers’ Reddit, is a commonplace for Hong Kongese slangs to be used and shared. As Hong Kong’s education system is getting more ‘mainlandized’, it is every Hongkonger’s duty to defend our mother tongue in cultural and creative space.

Owing to Estonia’s tragic history, the content of its national anthem comprises explicit references of Estonia as the land of Estonians which they hold dear. Estonians are thankful for their fatherland because Estonia was independent from Russia briefly Immunity against authoritarian regimes: an Estonian case during 1918-1940, and restored independence from Soviet occupation in August 1991.

On the other hand, as Hong Kong’s unofficial anthem ‘ Glory to Hong Kong’ ( 願榮光歸香港 ) has been banned by the Hong Kong government since June 2020, Hongkongers struggle to find a song to unite 7.4 million residents in the territory. However, while the song itself was banned, Hongkongers could refer to the protest anthem through other indirect ways in Cantonese. This is the best way to remind Hongkongers that just because Hong Kong civil groups have gone underground, our resistance against tyranny will not end.

It is not an exaggeration to say that Estonia is a singing nation. While there are similar traditions in Latvia and Lithuania as part of the common Baltic identity, I shall not elaborate on the similarities and differences between the Singing Festivals among the Baltic States. For Estonia, the Singing Festival was first held in 1869 as part of the Estonia national awakening movement. Featuring a list of Estonian songs with patriotic sentiments, this is a tradition which Estonians managed to keep passing their sense of belonging from the Russian imperial period to the Soviet Occupation. With over a century of tradition in organising singing festivals, Estonians took advantage of cultural activities in expressing their political demands. In 1988, Estonian artists and singers united Estonians by organising concerts in Tallinn’s Singing Ground to express their desire for freedom and independence. The movement lasted for four years before Estonia restored independence in 1991.

For Hong Kong, Hongkongers appeared to be tired of this way of peaceful gathering while holding music concerts to express their demands, largely due to the failure in the 2014 Umbrella Movement. However, Hong Kong’s civil space has been significantly limited to an extent in which almost all forms of protests are banned either due to the National Security Law and the current COVID-19 restrictions. Hongkongers need to find a way to revive the local music industry to build cultural capitals for rooms to express our political demands, just like what Estonians did to sing the banned Estonian national anthem with the Estonian blue-black-white tricolour flag at the end of the singing festival in 1988.

Although Estonia has regained freedoms for over three decades, the tradition of organising singing festivals remains for every five years. To engage more young participants, Estonia also holds a mini-version of singing festival to pass on such tradition. As a country of roughly more than a million Estonian speakers, Estonia’s cultural identity is the key to ensure Estonian civil society functions well.

Estonia’s centuries-long struggle for its freedom and identity has always been a big part of its fellow countrymen and women’s collective consciousness. From the Northern Crusades in 13th century to the Russian imperial rules in 18th century before Soviet and Nazi German occupations, Estonians were ruled by the Danes, the Swedes and rulers of the then Polish-Lithuanian Commonwealth. While Latvia shares most of the history of Estonia as some parts of Estonia and Latvia used to be part of Livonia in the 16th-17th centuries, Lithuania was once the largest European state in the 16th century before the rise of Muscovy, the predecessor of the Russian Empire.

Notwithstanding the differences in history, what united the Baltic States was the Russian imperial rule and the subsequent Soviet occupation during World War II. In 1989, to commemorate the 50th anniversary of Molotov-Ribbentrop Pact, a secret deal between Hitler and Stalin which led to illegal Soviet occupation of the Baltic States, two million people from the Baltic States formed a human chain to express their demands for freedoms and disapproval against the occupying power. Two years after the Baltic Way, in 1991, all three Baltic countries restored their independence after being occupied by the Soviet regime for over half of a century.

To extend the Baltic legacy to Hong Kong, 30 years after the Baltic Way, a Tallinn-based Hong Kong entrepreneur proposed a similar Hong Kong Way on LIHKG. Within a month of preparation, 210,000 Hongkongers formed a human chain across the Kowloon Peninsula, the New Territories and Hong Kong Island, expressing their demands for a just, free and democratic Hong Kong.

Last year, to honour this courageous Hongkonger who proposed the historical initiative anonymously, in collaboration with the global advocacy group Stand With Hong Kong, I decided to initiate a series of photo exhibitions in Tallinn, Riga and Vilnius on the 2019 Hong Kong Way to connect the historical legacy of the 1989 Baltic Way. Hosted by the Estonian Institute of Historical Memories in Tallinn and the Lithuanian Museum of Occupation and Freedom Fights in Vilnius, the photo exhibitions were largely successful as both exhibitions received news coverage from their respective national broadcasters. While the Latvian Occupation Museum decided not to host the exhibition at the last minute for unknown reasons, the national news coverage in Latvia on the Hong Kong Way itself was good enough to call it a success to inform Latvian audiences about what happened in Hong Kong in 2019.

The European dream started with a few

Unlike the United States of America, the European Union consists of 27 countries with contradictory perspectives of history; while the Baltic States and Central and Eastern European countries have experienced communist governance, Western European and Scandinavian countries often choose to comprise their democratic values for the global economy. In my case, Estonia is the starting point to connect European Hong Kong diasporas as it has been leading the rest of the Baltic States in the international arena; not only does Estonia connect to Denmark and Sweden due to the Scandinavian crusaders, but it also ties with Finland for their linguistic and geographical proximity. More importantly, Estonians fully understand how peoples from Visegrad countries (Czechia, Slovakia, Hungary and Poland) struggled for decades from authoritarian rules before they finally joined the EU as a bloc of European countries upholding human rights, democratic values and basic freedoms (though Hungary and Poland are taking an authoritarian turn).

From a grassroots perspective, Europe-based Hongkongers could establish deeper connections with its local audience through his tory. Apart from the Hong Kong Way, there are many other events, installations and figures which connect Hong Kong and Europe, such as John Lennon Wall in Czechia, Berlin Wall in Germany, ‘ Free Hong Kong Street ’ in Hungary, Hong Kong-raised Danish ex-princess Alexandra Manley, ‘La Liberté guidant le people’ (Liberty leading the people) painting in France and so on. Europe has so much potential for Hongkongers to speak with one voice against the totalitarian regime of Hong Kong.

From EU-27 to a Hong Kongese ‘Troika’

Every crisis comes with a window of opportunity for changes. In 2021, the crisis of Hong Kong civil society emerged as over 50 Hong Kong civil groups dismantled. Hong Kongese diasporas around the world have become more vocal on Hong Kong affairs as more Hongkongers are moving abroad and those well-integrated Hong Kongese diasporas shoulder the responsibility to stand up for the silenced Hong Kong civil society. Yet, there is no well-established mechanism for Hongkongers around the world to better coordinate their initiatives and utilise their strengths according to the nature of their regional groupings and geopolitical backgrounds.

In Europe, collaborations between Hongkongers have been strengthened to synchronise the efforts made by Hong Kongese diasporas living in different European countries. To create more synergies with other Hong Kong projects in different continents, a troika-styled coordination system could effectively divide Hongkongers into three main streams of task forces: establishment of Hong Kong-related cultural and historical ties in Europe, policy-oriented civic initiatives in North America, and  cilitation of Hong Kong-friendly businesses in Japan and ASEAN countries.

The geostrategic considerations are based on the strengths of Hongkongers living in the aforementioned continents–the European Union does not have a unified foreign policy, but its diversity of cultures has a significant influence on projecting Europe as a global soft power; the US remains a significant global power which shapes Hong Kong’s international status and it still plays a major role in the UN, G7 and G20 as well as NATO, the WTO, and the Five Eyes alliance; while ASEAN is the fifth largest economy in the world, Japan has a significant economic interest on Hong Kong with a sizeable number of Hongkongers living there.

Eventually, a global collective pushback driven by the Hong Kong diasporas against the Chinese-controlled Hong Kong government is needed to change the domestic situation in Hong Kong. Before the formation of a global Hong Kongese alliance, a transatlantic civic alliance among Hong Kong diasporas must be a priority. At this stage, Hong Kongese activists, diaspora groups, artists and other influencers are working on their own agenda separately. It is high time we created a communication channel for Hong Kong diasporas across the Atlantic Ocean to better coordinate our latest local initiatives. 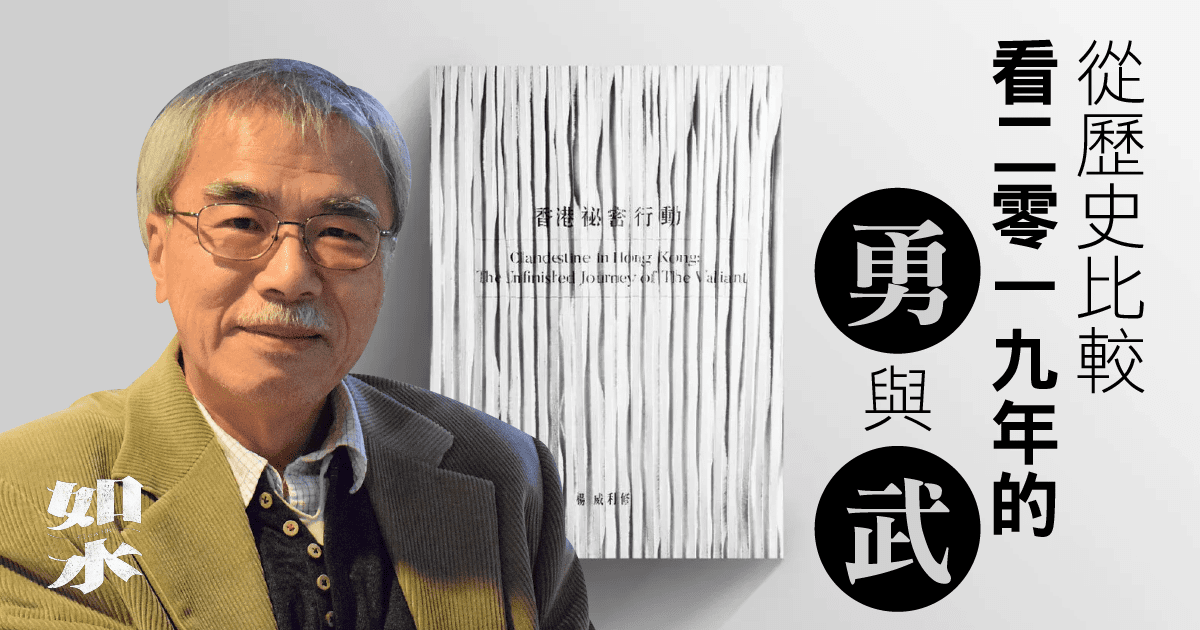